we are trying to configure kaltura-server on AWS instance ubuntu and centOS but we got strucked some where in the middle of configuration process where we got some DB errors. We tried to configure on multiple platforms like ubuntu xenial 16.04, Ubuntu 14.04, centOS with all installed pre-requisites mentioned in the kaltura documentation.You can see the error in attached screenshot. 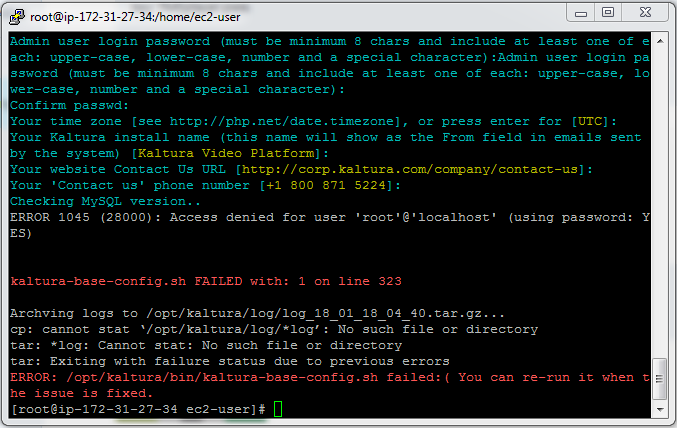 i tried to configure multiple times but same error i found every time.

The command the kaltura-base-config.sh is running is this:

Obviously, you inputted the wrong params when prompted for the MySQL host, super user and passwd.
First make sure this works from the shell, then run the script again.

As the howto states, you should run mysql_secure_installation before running the Kaltura config scripts.

Make sure your MySQL is actually running and is listening on whatever port you input when prompted by the script. The default port is 3306.